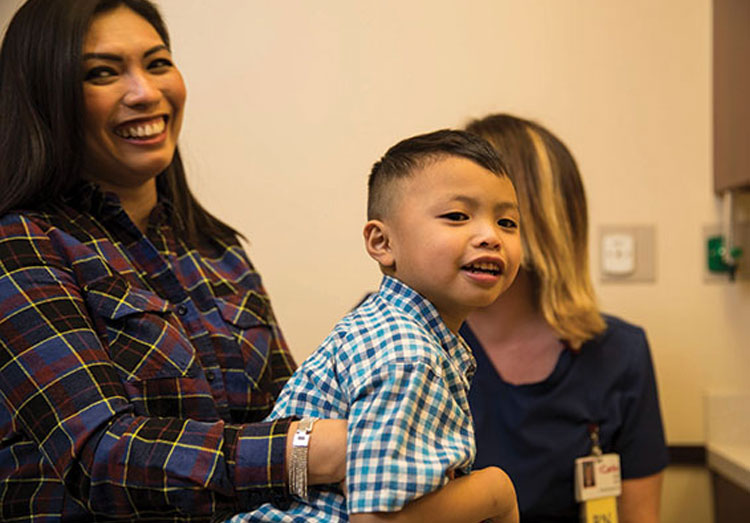 As the only facility in downstate Illinois to house a Highly Infectious Unit, Carle prides itself on being prepared for any community event. That readiness was put to use when a confirmed case of measles threatened the Champaign-Urbana area.

With the added emphases on Population Health to system care strategies, collaboration became even more important when supporting an issue like measles. Collaboration not only within the Carle system but with community stakeholders as well.

Kristin Ford, MSN, RN was Primary Care manager at the Carle on Curtis ambulatory location at the time.

“Both Carle and Public Health came together to ensure that the general public understood what was going on and symptoms to watch for,” Ford said. “There were multiple communications that went out through the news and social media to keep people informed in a way that was easy to understand.”

The potential risk made every person on the care continuum that much more important. Measles is also an issue that enacts Carle’s Incident Command structure.

“We had multiple different levels of staff members, who were working to the top of their scope to ensure that patients were screened appropriately both at the doors and before being seen by a provider,” Ford said. “I was amazed to see how many nurses came together to take care of patients; they were volunteering to pick up extra shifts to ensure that patient care was not compromised.”

As nurse manager for Clinical Outcomes, Kristin Pritts, DNP, MSN, CNL, CMSRN, played a role in defining the approach to combating this issue safely and managing the work on the ground. She worked with Infection Prevention to be as intentional as possible through every step.

“We strategized to ensure that the actions taken were the safest possible and prevented less exposure to those involved. It was amazing to see all departments, whether it was a clinical area, facilities, emergency response, come together any time of the day or any day of the week, to address the situation,” Pritts said.

While it was Carle’s job to mitigate potential exposures, this incident incorporated several public places the infected individuals visited before diagnosis and home isolation. Carle saw about 45 suspected cases and fielded nearly 200 phone calls from worried patients and community members.